When Nazi troops invaded in March 1944, Hungary contained the largest intact Jewish population in Europe. Inside Hungary and among the Allied powers, stories of the horrors of Auschwitz and other “resettlement camps” were still treated as unconfirmed rumors. Joel Brand, a glove salesman more at home in a café than an office, and his colleagues on the Jewish rescue committee in Budapest had devoted their efforts to rescuing individual Jews from Poland and Slovakia to the relative safety of Hungary. With the arrival of Adolf Eichmann and the practiced extermination machinery of the Final Solution in Budapest, and reports from the first escapees from Auschwitz confirming the most horrifying rumors about the camp, the rescue committee realized that the 850,000 Jews of Hungary faced annihilation.

Emissary of the Doomed is the riveting and heartbreaking account of their heroic attempt to save Hungary’s Jewish population. Learning that a few highly placed German SS officers, including Eichmann and Heinrich Himmler, were willing to bargain for the lives of as many as one million Jews, Joel Brand took up the German offer and embarked on a desperate race across Europe and the Middle East, as he and his colleagues tried to persuade the reluctant Allies to trade funds and matériel for Jewish lives. Against the backdrop of the long-anticipated Allied invasion of Normandy, the tightening vise of Soviet armies advancing across Eastern Europe, and the American advances up the Italian peninsula, Brand and his colleagues tried to stop the last desperate effort of the Nazis to destroy the Jews of Europe.

Two ancient books link the lives and dreams of ordinary people across centuries. The backgrounds, locales, and the books—a definitive Hebrew bible and an unusual prayer book for women—are real. Seamlessly blending history and fiction, Provenance is a mystery and an unforgettable story of love, passion, yearning, and trust.

In early February 1917, two men met in a hallway of the British headquarters in Cairo and took an instant dislike to one another. Each thought himself an expert on Palestine, each dreamed of creating a new nation from the ashes of the faltering Ottoman Empire, and both were dedicated to—or obsessed with--their separate strategies. Neither they nor anyone else at GHQ realized that the seeds that those two men were about to sow would grow across a century into the tangled thickets of the modern Arab-Israeli conflict.

One was an agronomist from Palestine named Aaron Aaronsohn. The other was T. E. Lawrence, then an obscure second lieutenant on the British intelligence staff. For three turbulent years, amidst the Great War in Europe and the Middle East and the collapse of a four-hundred year-old empire, Aaronsohn and Lawrence nurtured radical Zionism and Arab nationalism, respectively, from obscure ideas into powerful ideologies and movements. Ostensibly on the same side of the war effort, working with the same British intelligence and staff officers in Cairo and London, Lawrence and Aaronsohn competed for British funds and support. Their arguments were fierce and acrimonious— precursors to the longest and perhaps bitterest conflict of the late 20th and 21st centuries.

The amazing careers and visions of two extraordinary men unfold in this book with irresistible intensity, against the background of the aggressive and sometimes underhanded intervention of the British, French, and American oil companies and the heady national, social, and religious movements that emerged from the collapse of the Ottoman Empire in those decisive years that gave birth to the modern Middle East.

Damascus, February 1840. A Capuchin monk and his servant disappear without a trace. By the end of th day, rumors point to the Jewish community, a tiny minority in the city’s rich but delicate balance of religions and ethnicities. Within weeks, the rumors turn to accusations of ritual murder, the infamous blood libel. Fiendish tortures in the pasha's dungeons, coerced confessions, manufactured evidence, and the fury of the crowds are enough to convict the accused Jews. By the time the rest of the world learns of the events in Damascus, the entire leadership of the Jewish community is awaiting execution.

Narrating with a novelist’s skill, Ronald Florence recounts the unexpected twists of the story, and the strange alliances forged by mutual fears and misperceptions as the Damascus affair became a worldwide cause—the Moslem majority were not the accusers of the Jews; the French consul, representative of the nation that had first recognized Jews as citizens, was the chief prosecutor; the Sultan defended the accused Jews while the liberal London Times considered whether the accusations might be true. The legacies of this rift are the divisions in the Middle East today and the myths that continue to feed and sustain anti-Semitism.

Blood Libel is a gripping historical narrative that explores the fragile social fabric of a society that once stretched to tolerate minorities until it finally burst under the pressures of modernization.

The Perfect Machine is the story of an American triumph, the thirty-year-long, ultimately successful struggle to build an incredible machine—a telescope large enough and perfect enough to see to the very edge of the universe—is an inspiring account of the birth of big science and of America at its can-do apex. Countless scientists, engineers, administrators, and workmen—from Edwin Hubble, John D. Rockefeller, Elihu Root and Andrew Carnegie, to unemployed laborers who hiked up the mountain in search of a Depression job—come alive in this story of two decades of effort to create “the perfect machine.” The challenge of designing and building an instrument as huge as the Pantheon and as heavy as the Statue of Liberty, yet so precise that the 17-foot diameter mirror is polished to a tolerance of 2/1,000,000 of an inch, became an obsession. George Hale, famed as an astronomer and administrator of science, over-saw the early days of the project from a darkened room where he fled the demons that troubled his mind. Marcus Brown, a former chicken-farmer, drove the team polishing the mirror with demands for perfection that hovered on the brink of madness. For hundreds of others, a contribution to the telescope project was the centerpiece of a working career.

The triumphs and tragedies of the project played out on a national stage, as the telescope became the symbol of American progress and achievement in the midst of the Depression. Cheering throngs gathered to attend public displays of portions of the unfinished telescope. The stately procession of the great mirror in its journey across the country drew crowds that lined the railroad tracks, hoping to catch a glimpse of the machine that represented American triumph in the midst of the worst depression anyone could remember. Religious fundamentalists, fearful that the telescope might allow mortals to glimpse heaven, threatened to sabotage the the project.

The Perfect Machine chronicles a pitched battle between the demands of vast scale and microscopic precision, depicts a nation at once mired in the Depression and at its industrial and technological zenith, and weaves tales of personal heroism and tragedy that seem the stuff of novels. 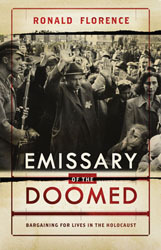 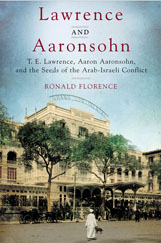 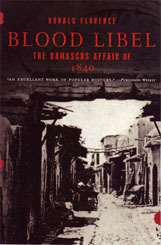 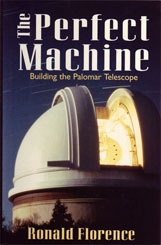 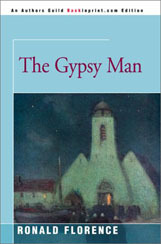 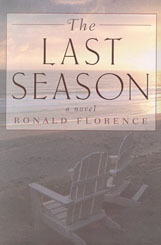