Florence does a superb job of contrasting these two fascinating characters. The flamboyant, romantic Lawrence who was so attracted by the free life of tribal randomness seems the polar opposite of the methodical, scientific Aaronsohn who was so dedicated to the creation of a Jewish homeland. In crafting complex and absorbing portraits of his two protagonists, Florence has produced a singular and important book that does much to illuminate the roots of today’s debate over borders and birthrights in the troubled Middle East.

... literary grace ... compelling narrative, threaded throughout with suspense, drama, heart-stopping history and historic personages, all re-created with skill and passion.

Some books are called histories, but they are really spy novels in disguise. That is the case with Lawrence and Aaronsohn, a well documented and readable work ... superb work.

... gripping narrative captures so many facets of this history that suspense remains high even though we know the outcome.

It would be hard for a playwright to juxtapose two characters more out of tune with each other and with the world they inhabited than T.E. Lawrence and Aaron Aaronsohn. Yet Ronald Florence engagingly shows how Aaronsohn worked in an odd sort of tandem with Lawrence, spokesman for the Arab tribes. The unpredictable Lawrence and the often obnoxious Aaronsohn may not have been regarded as good company by their contemporaries, but in this dual biography they are as fascinating as their turbulent times.

If Steven Spielberg is shopping for a new story to tell as an epic movie, here it is. 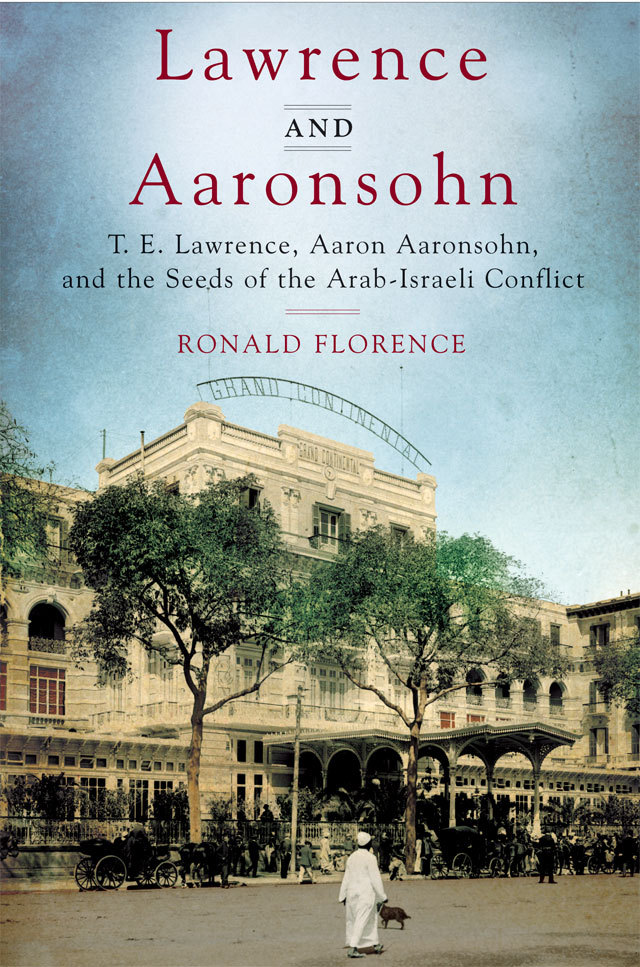